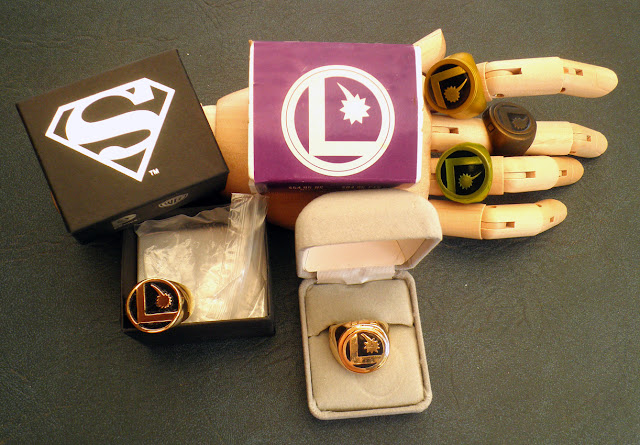 When the Legionnaires started using flight rings, readers soon began to clamor for DC Comics to produce a line of replica rings as collectibles. And in 1974, Legion fan extraordinaire Mercy Van Vlack even made her own rings to sell to fans who desperately wanted this symbol of Legion coolness. Proceeds from sales went to the coffers of the popular Legion fanzine of the time, The LEGION OUTPOST. 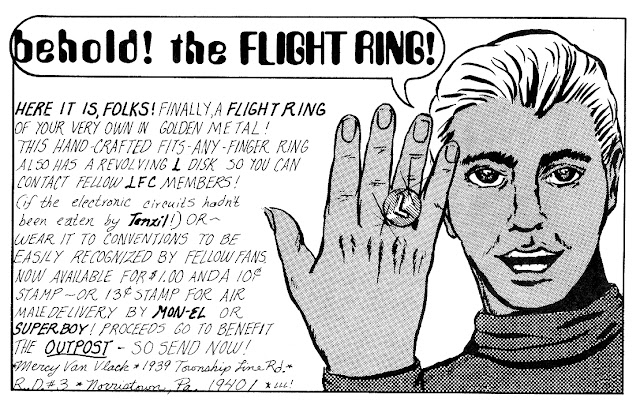 It wasn’t until 1997 that DC released an official, licensed Legion ring. The handsome 14K, gold-plated item came in a variety of sizes and in an attractive box bearing the disclaimer: “Warning! This ring does not enable the wearer to fly!”.  It sold for $54.95 but can be bought on eBay for cheaper these days … if you can find it. Obviously, you also don’t have a choice of ring size if you snap one up this way. 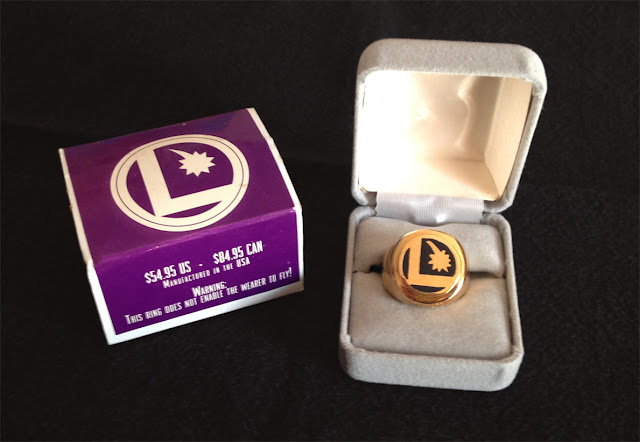 In 2001, DC Direct ventured into a line of Legion figures, and the first three off the rank – Saturn Girl, Cosmic Boy, and Lightning Lad … all came with flight belts and flight rings. The belts could be placed on the figures comfortably, but the over-sized adjustable, plastic rings were obviously meant for human hands. The rings were of a very dark orange/brown color, and over time have probably even got darker, if the evidence of my own hermetically-sealed rings are anything to go by.


Some ten years later, DC issued promotional plastic Legion rings as giveaways to complement LEGION: SECRET ORIGINS #1. Many of these probably ended up as cosplay items at various comic cons. 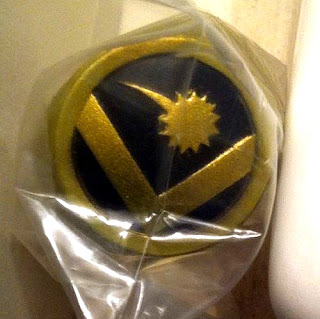 In 2011, Mattel released its highly-acclaimed Legion of Super-Heroes 12-pack set. As a bonus, the set also included a slot containing a Proty figure and a 24-carat gold-plated ring, which is entirely golden in appearance. Mine still lies within the pack, unopened, so I have not been able to scrutinize it in greater detail. 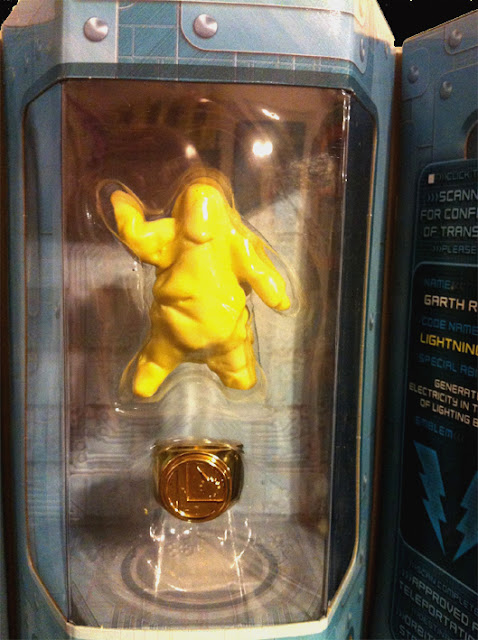 The flight rings were flying (pun intended) off the assembly lines now. The 2014 Superman and the Legion of Super-Heroes Heroclix set included a Legion flight ring among its relics. Of all the plastic rings issued, this one is the best-looking and came in a realistic golden hue. 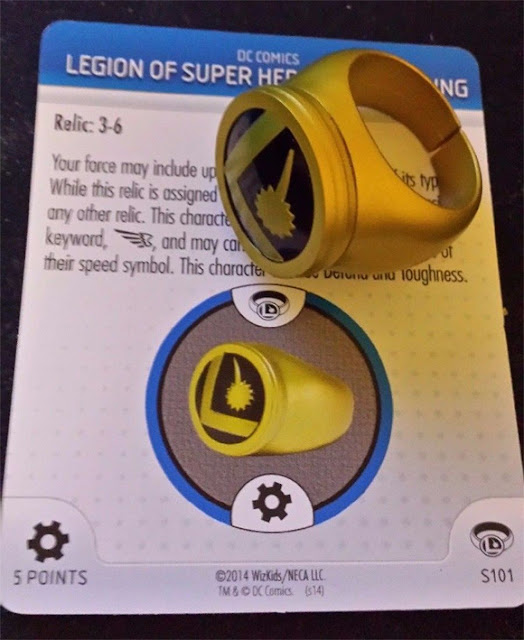 Finally, in 2015, those purveyors of all things cool, Think Geek, sold a new DC-approved Legion ring, which came in a box that oddly bore Superman’s symbol (instead of, as one might expect, the Legion’s). This gold-plated, stainless steel ring is thinner than the first licensed version, and was made in China, while the latter was manufactured in the USA. The design is also slightly different. 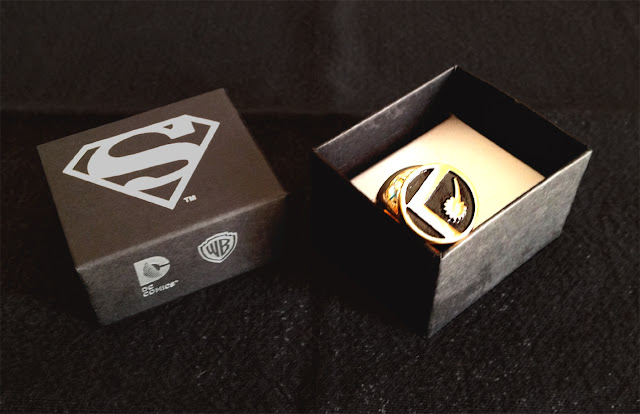 Those mentioned above are all the officially licensed Legion flight rings to have been released. There have been many other custom-made ones over the years which vary in quality, so collect them at your peril, knowing only those listed here are the official ones.

BUT WAIT! There’s more bling than a ring. If you’ve ever been to a comic con, chances are you picked up one of several Legion pins that were often distributed as promotional items. There was even a pin for the spin-off L.E.G.I.O.N. book.

The most coveted Legion pin of all was a cloisonné pin issued to retailers for every 100 issues of LEGIONNAIRES #1 that they sold. The lapel pin came in a plastic bag and featured a military clutch design on its back. These are extremely difficult to find today. 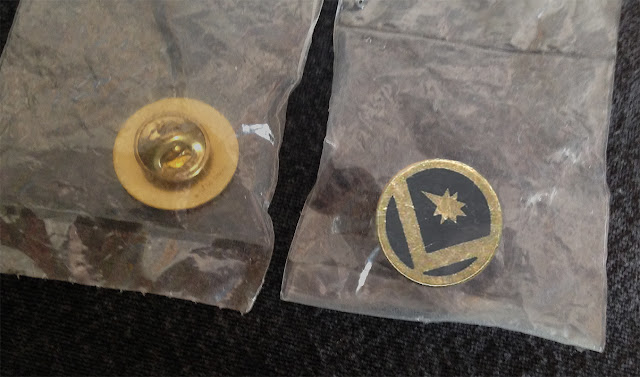 So next time you are at a Legion gathering, don’t forget to adorn your Legion tee with one of those pins, and wear a ring on your hand. You’ll be the best-dressed fan in the club.