The Amazing World of DC Comics was DC Comics' self-produced fan magazine of the mid-1970s. Running 17 issues, the fanzine featured DC characters and their creators, and was exclusively available through mail order. The bulk of the issues were edited by Allan Asherman and later by Paul Levitz and then Cary Burkett; individual issues were edited by Bob Rozakis along with long-time Legion fans Carl Gafford and Neal Pozner.
Primarily consisting of text pieces, with occasional strips and comics features, and printed on high quality paper with heavy stock for the covers, Amazing World  also featured several articles on and about the Legion, and for a while even featured an exclusive column about the group, named The Legion Outpost (the same name as the fanzine, but not directly related).

AWODCC #2 (1974)
There was no Legion content inside this issue (apart from a preview of the latest issue in the Direct Currents column), but the cover features an eclectic mix of of DC characters drawn by Kurt Schaffenberger, which includes Mon-El (behind Superman) and Invisible Kid. 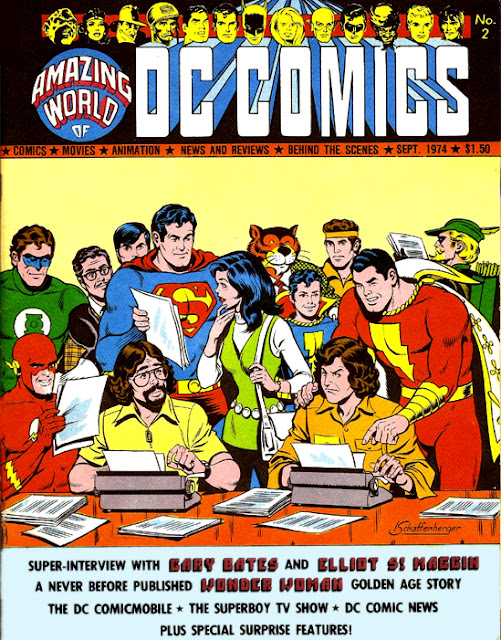 AWODCC #7 (1975)
This was an all-Superman issue, which regrettably has precious little on the Legion, except for a brief mention in an interview with Curt Swan. 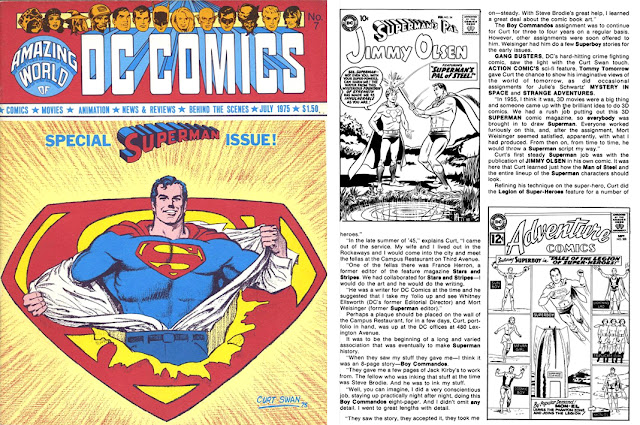 AWODCC #9 (1975)
The Legion finally had its chance in the spotlight, and what a comeback it was. This was the all-Legion issue, which was based on a handbook of the Legion that Neal Pozner had compiled, a fact file on all the characters associated with the group. To complement the publication, DC included a hitherto-unpublished page from SUPERBOY #212, a centerspread of the wedding of Bouncing Boy and Duo Damsel, a Legionnaire model sheet drawn by Curt Swan, and a stunning cover drawn by Dave Cockrum. This issue was an instant sell-out and remains the most sought-after of all the AWODCC books. 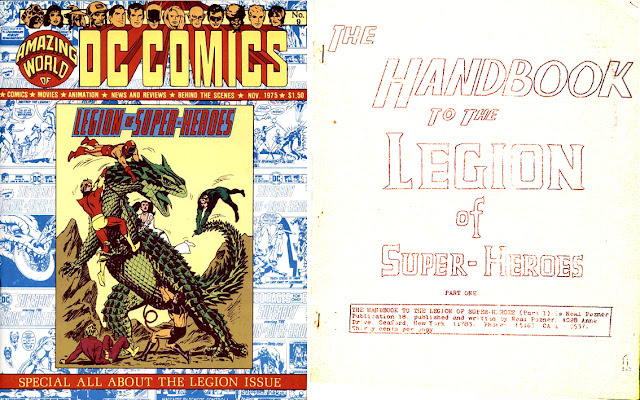 AWODCC #10 (1976)
This issue features a short account of how a group of fans stole the show at the New York Comic Art Convention by dressing up as Legionnaires. They were introduced on stage by Jim Shooter, and won a special prize. 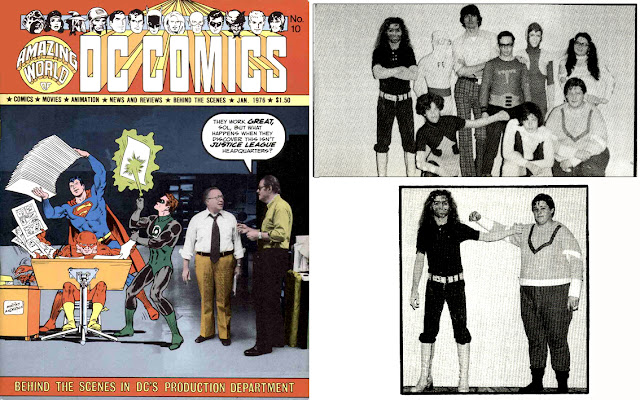 AWODCC #12 (1976)
Paul Levitz contributes an article on “Earth after Disaster!”, attempting to tie in the continuities of Kamandi, Omac, Hercules Unbound, the Atomic Knights, the New Gods, the Green Lanterns, and the Legion. The issue also features an interview with artist Mike Grell, who provides a cover featuring Warlord and members of the Legion, the two titles he was associated with at the time.
And this issue introduced The Legion Outpost, a regular column on Legion news and information edited by Carl Gafford. It included a Legion applicant nomination from reader Robert Harris, who suggested Dr Mars Londo of Zoon (who gave Timber Wolf his powers) had a daughter named Lara, who he endowed with the power to project mental stun bolts as well as teleportation. Her super hero name was Nightwing, although this was later changed to Nightwind when she was officially made a Legion applicant in LSH #283. Her powers and origin were altered as well, and her name switched to Berta Harris, in recognition of her creator.
Also starting with this issue was the use of a series of character heads on the cover which includes Chameleon Boy. Prior to this, another set of heads was used, which did not feature any Legionnaires. 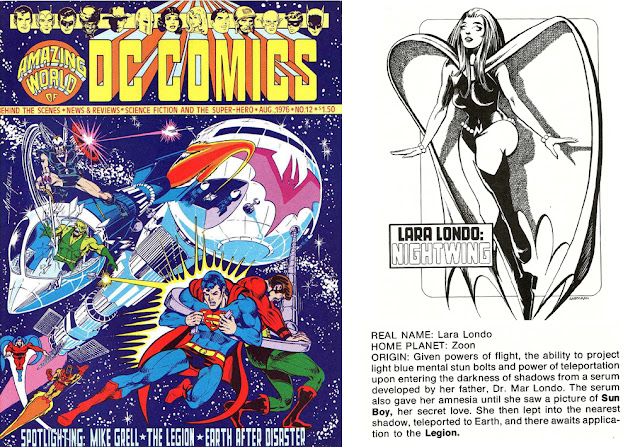 AWODCC #13 (1976)
This issue’s Legion Outpost interviews Brainiac 5 (!) as well as Louis Conzo, who made a model Legion cruiser because there was no official release of this vehicle. Forty years later, we’re still waiting. 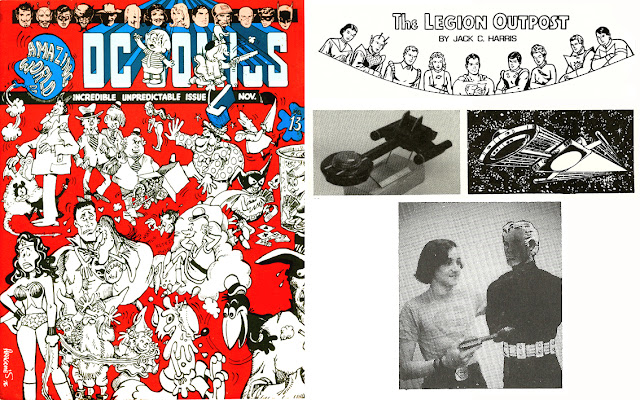 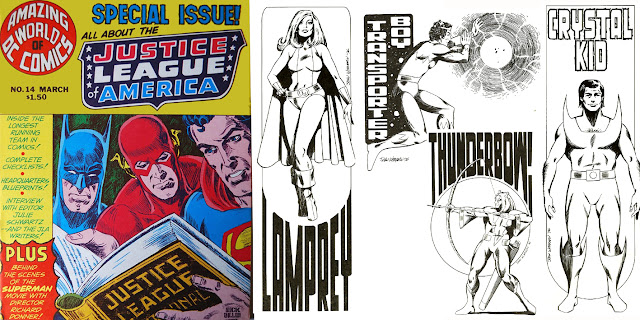 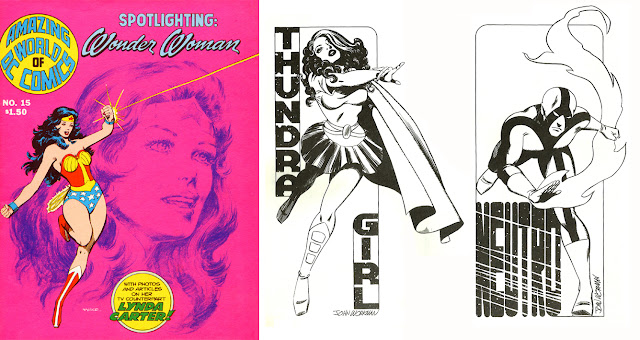 AWODCC #16 (1977)
The Time Trapper is featured in a three-page Legion Outpost edition. 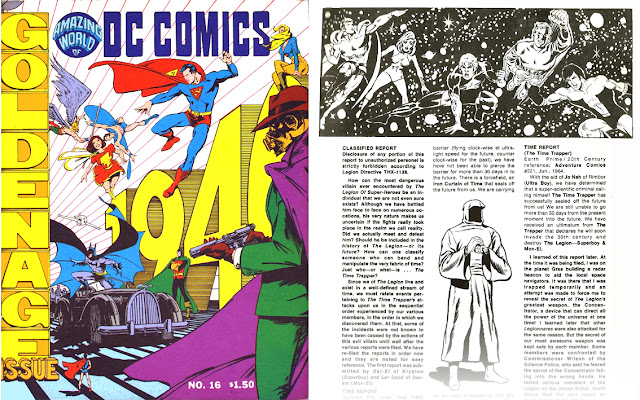 AWODCC was an outstanding magazine and it was a shame it got cancelled. Issue 16 promised the next Legion Outpost article would focus on more interesting Legion trivia and facts, but it never appeared in #17, which turned out to be the last in the series. 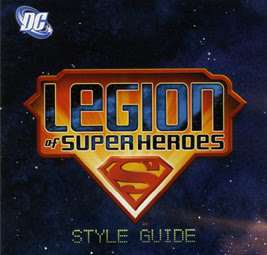 Before the animated Legion of Super Heroes TV series got off the ground in 2006, a style guide was commissioned by the producers so that animators and colorists knew what sort of look to adhere to.

The guide was put together by Spoon+fork Studio and featured designs by revered comic book illustrator Mike Zeck, most well-known for his work on Shang-Chi, Batman and Punisher.    The product was in the form of a CD and came with a handsome booklet which was essentially 12 images folded up like a concertina into a CD-sized package. 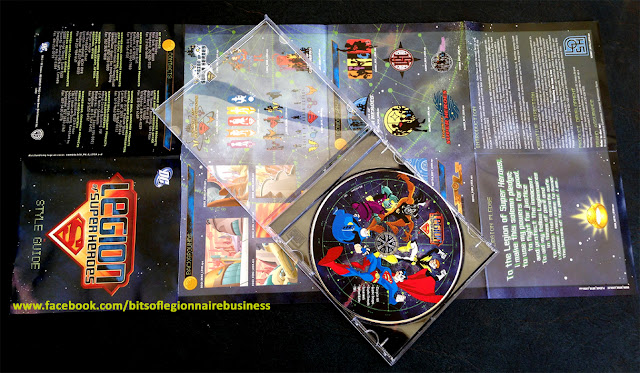 The content included character art, graphic design elements, turnarounds, fonts, banners and iconography.
As the guide was only distributed to industry members connected to the show, copies of this item are difficult to obtain, although a couple have turned up on Ebay over the years.

See below for some examples from the guide. 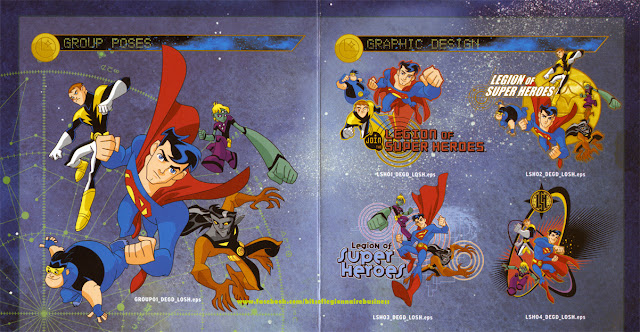 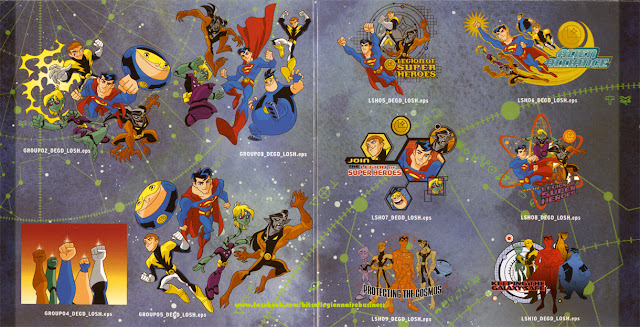 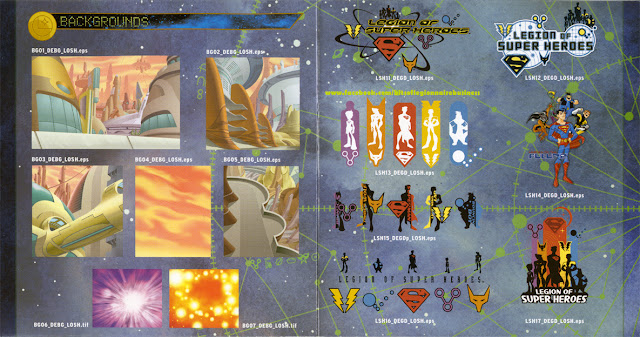 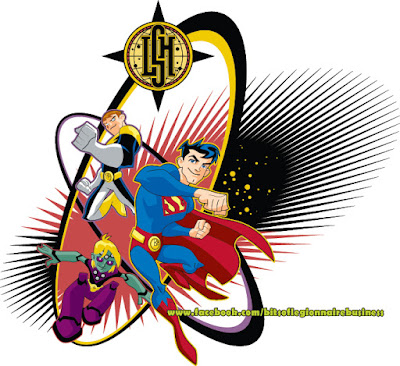 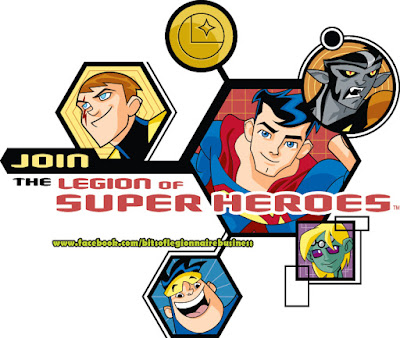 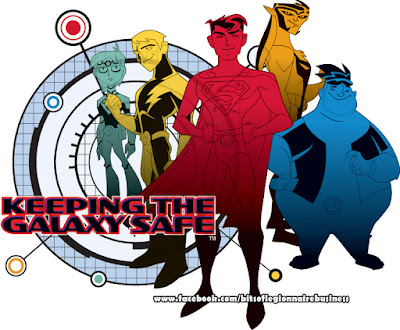 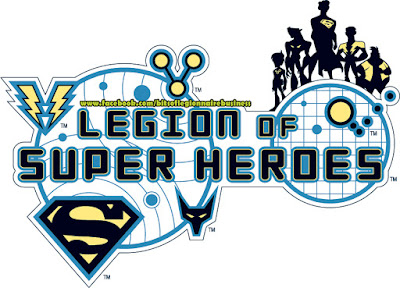 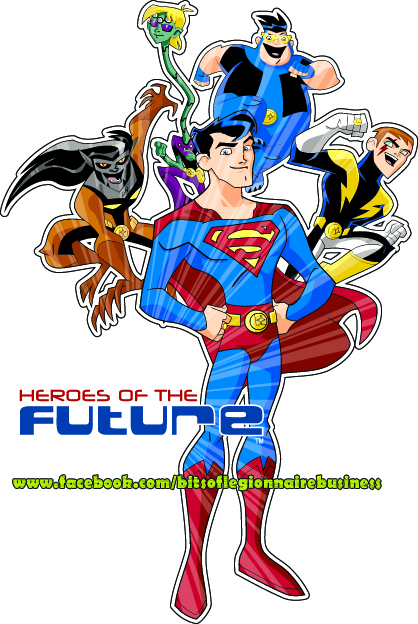 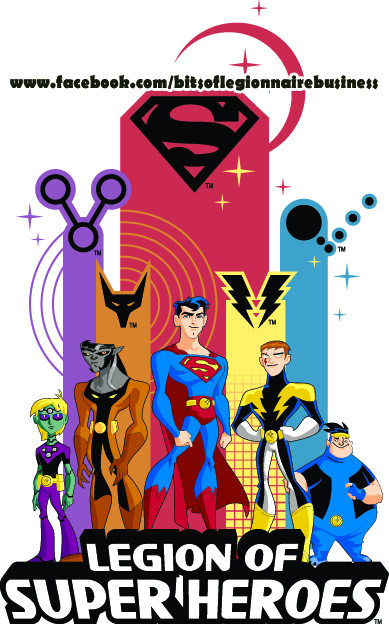 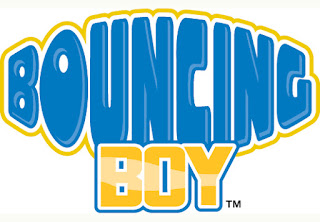