In the previous blog, we looked at the articles relating to the Legion that appeared in the magazine AMAZING HEROES. This time round, we focus on contributions that appeared in some other comic book publications. More to come in future blogs!

Comic Book Marketplace was the brainchild of Gary Carter, founder of the American Association Of Comic Book Collectors.
It was branded as “the magazine for advanced comic book collectors”, each issue produced on beautiful glossy paper and featuring articles on and scans of comic books throughout the years, predominantly the Golden and Silver Ages.
After publisher Gemstone acquired the Overstreet Comic Book Price Guide, CBM began incorporating price guides into its issues. 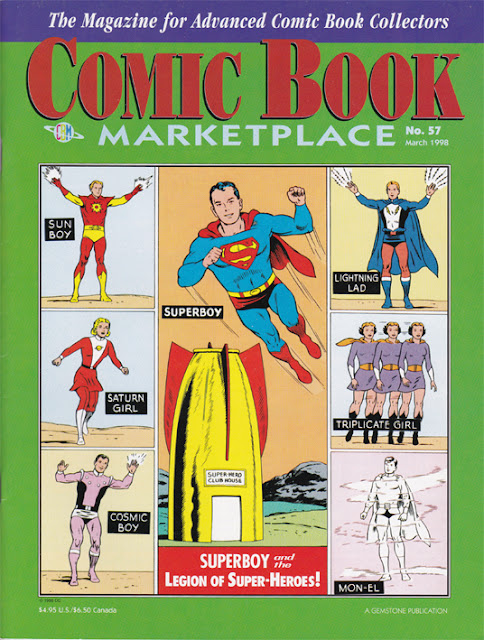 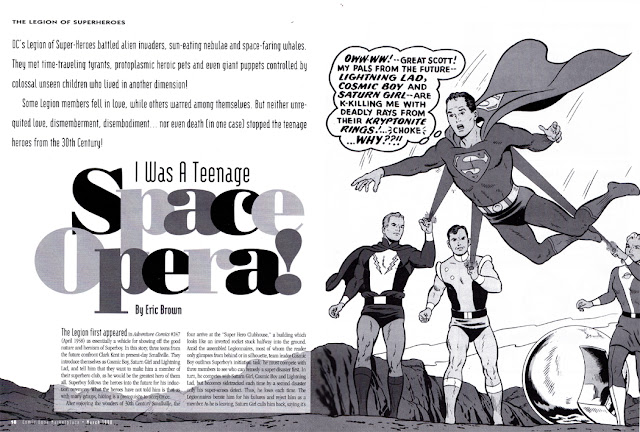 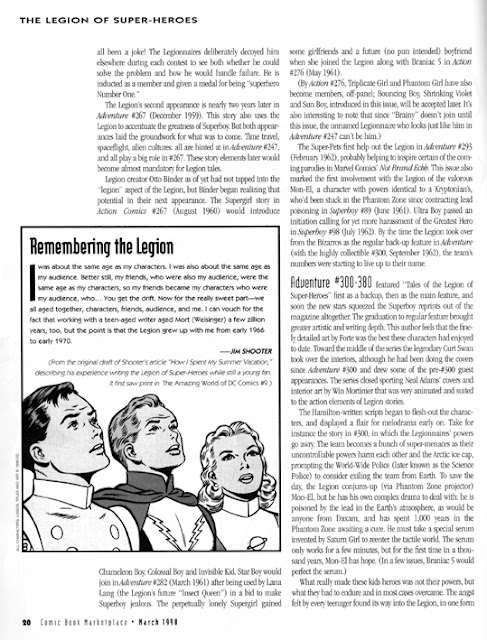 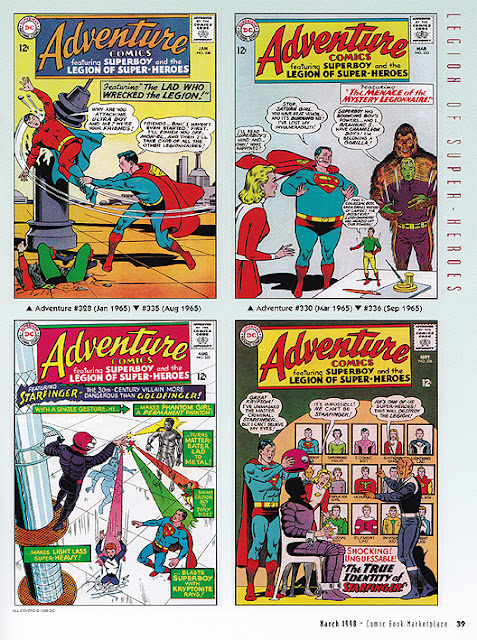 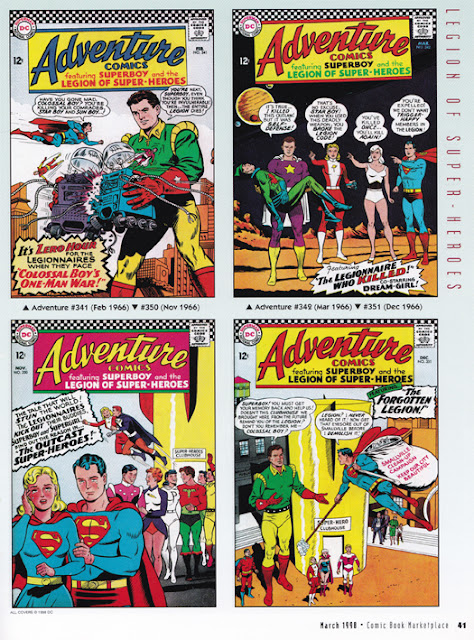 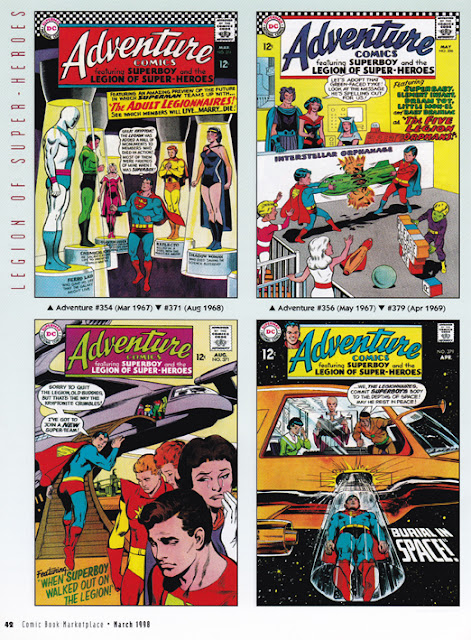 CBM # 57 (1998):
The Legion takes center stage (and front cover) of this issue, which features a history of the Legion, accompanying it with an article on Curt Swan’s Superman family contributions, and an extensive checklist of his work.
Six pages in glorious color are given to reproductions of the Legion’s glory run in the 60s.
Coincidentally, there is also an obituary to Win Mortimer, who died in January that year. Win of course pencilled many Legion stories in the late 60s and early 70s, in ADVENTURE and ACTION. 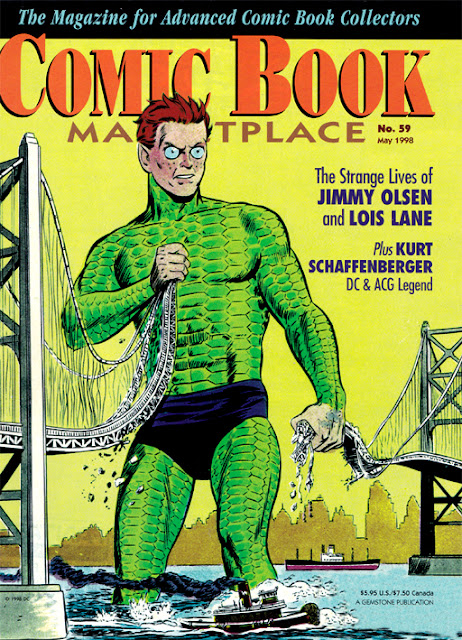 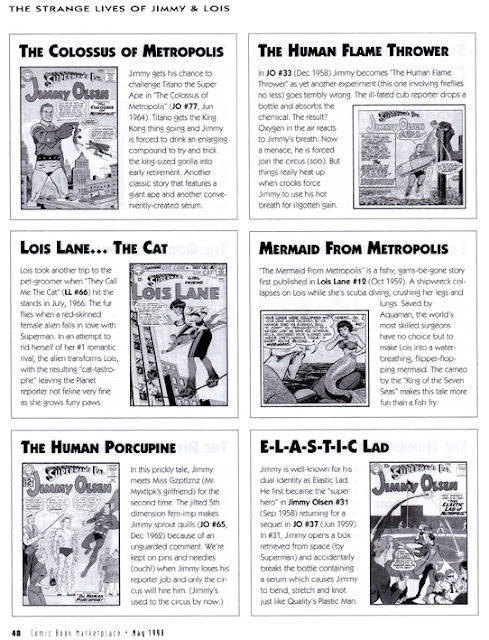 CBM #59 (1998):
This issue takes a look at the many transformations of Jimmy Olsen and Lois Lane throughout the years.
Many of those are of course Legion-related, most notably Jimmy’s Elastic Lad identity, which granted him honorary membership into the Legion; while Lois herself once used the same serum to become Elastic Lass.
Jimmy also often had temporary super powers granted to him by various Legionnaires, enabling him to emulate the likes of Colossal Boy, Element Lad and Sun Boy. 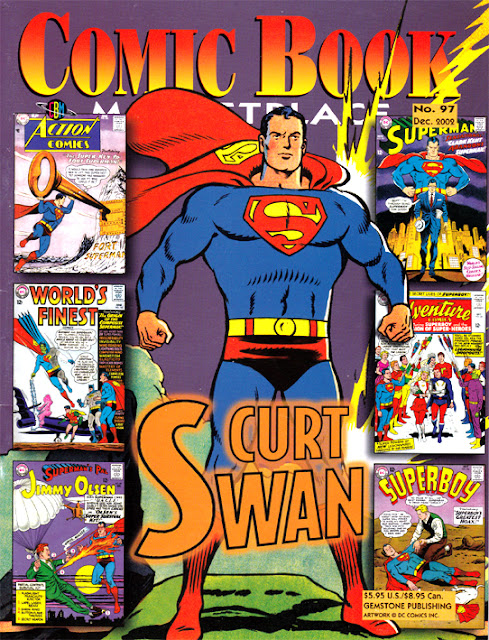 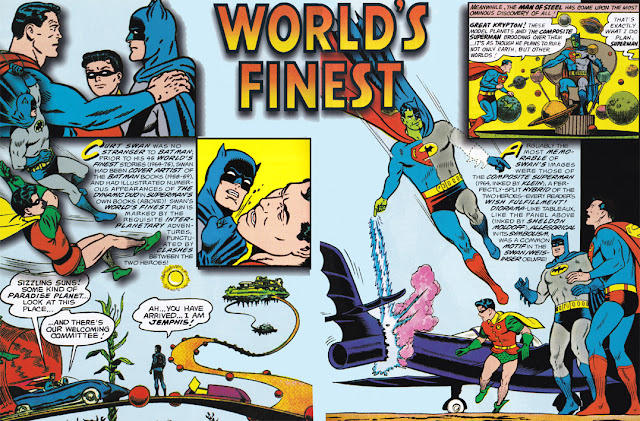 CBM #97 (2002):
After his article in CBM #57, Edward Zeno returns with another article on Curt Swan, but this time a more fully-rounded piece, the author having just recently produced a book on the artist called Curt Swan: A Life In Comics.
It’s embellished with many scans of original art and Legion-related pieces. Some of the more interesting tidbits include whether Swan drew the faces of the Legionnaires on the cover of ADV 247, and that Mark Waid unsuccessfully bid on Ebay offerings of Swan/Klein original art.
Zeno also interviews Seinfeld writer David Mandel about how Swan’s work influenced him. Mandel of course famously wrote several Superman references into his Seinfeld scripts.
Mandel also notes that he is a comic art collector, and confirms that Jerry Seinfeld himself is a huge fan of Curt Swan’s work. 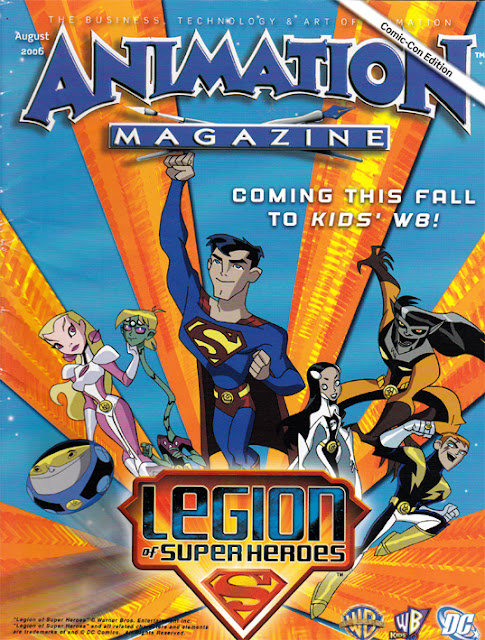 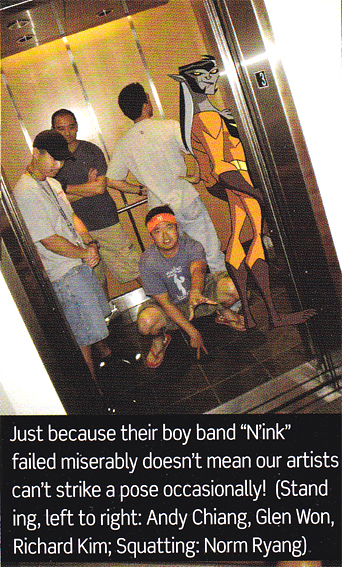 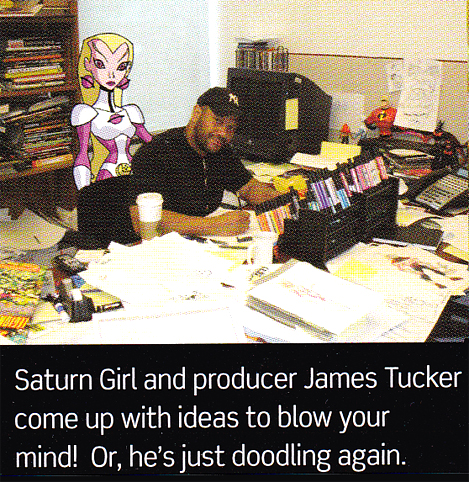 ANIMATION MAGAZINE COMIC-CON EDITION (2006):
It’s 2006, and the animated Legion series was set to make its debut on TV.
ANIMATION Magazine released three different covers for its August issue: a regular edition, one for San Diego Comic-Con, and another for Anime Expo. The Comic-Con cover featured the animated Legion.
Inside, there was little about the series itself, except a one-page pictorial on a day in the life of the Warner Bros Animation studio, focusing on the production of the TV series. 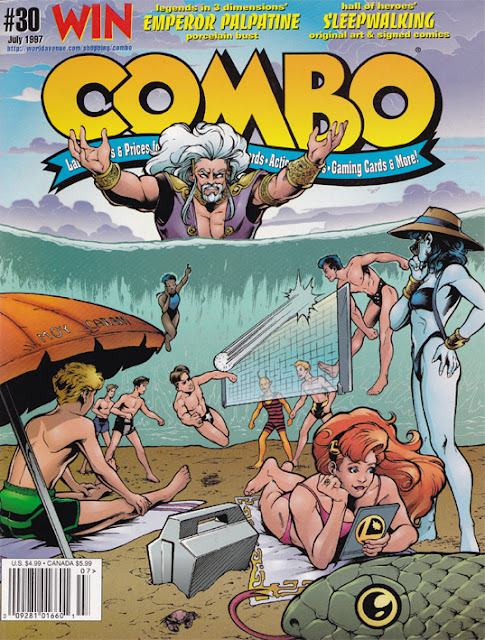 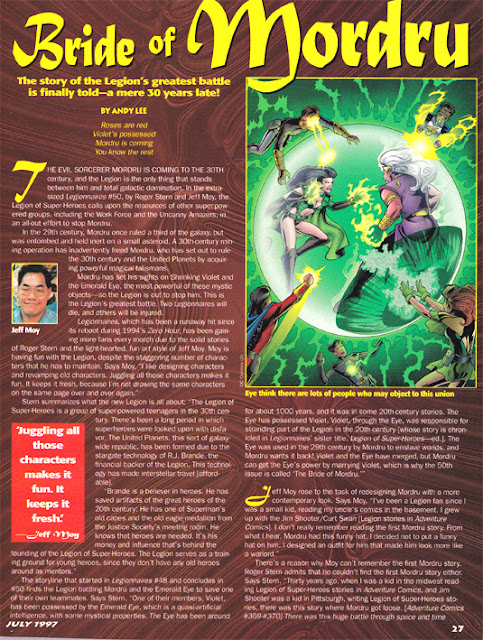 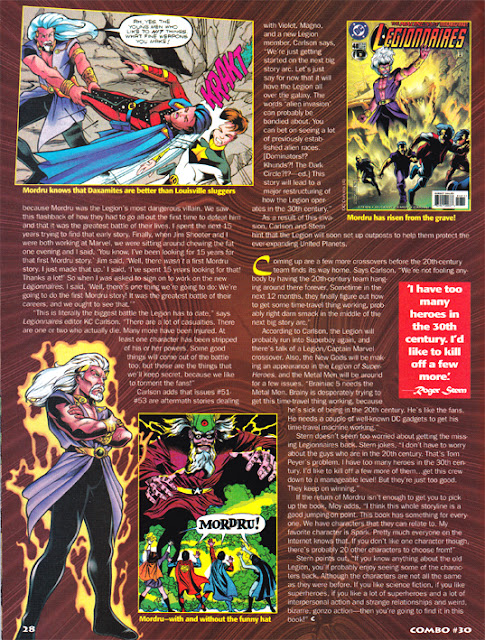 COMBO #30 (1997):
This was a comics, cards and gaming magazine published by Century Publishing, which also incorporated price guides.
This issue chose to spotlight LEGIONNAIRES #50 and the battle between the Legion and Mordru, and the wedding between the villain and Violet.
A specially commissioned Jeff Moy piece adorns the cover, depicting Mordru about to descend on the Legionnaires as they happily enjoy a beach party, a tidal wave symbolic of the chaos about to descend on our heroes.
The article interviews both Moy and writer Roger Stern. 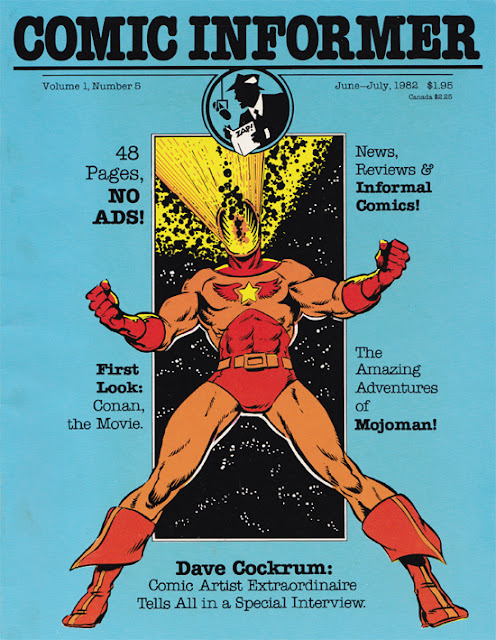 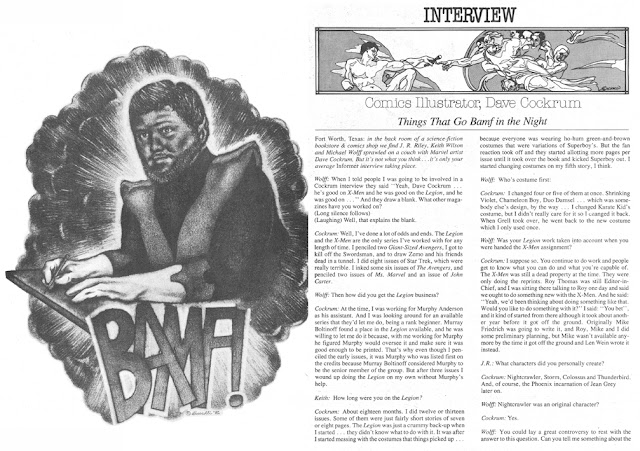 COMIC INFORMER #5 (1982):
This short-lived comic industry magazine managed to entice Dave Cockrum for an exclusive interview, in which he talks about the Legion among other subjects.
At the time the regular penciller on the X-Men for a second stint, Dave also contributed a drawing of Wildfire for the issue’s cover.
Dave reveals he redesigned Karate Kid’s costume but didn’t like it, so he changed it back to the original orange one. Mike Grell brought it back, and that white extended collar costume is now regarded as the character’s classic look.