It's been a while, but we're back! And we continue our look at magazines which contain Legion-related articles and features.
When last we left our reviews, we had completed an alphabetical rundown up to "C". So now it's "D"-day and beyond ... 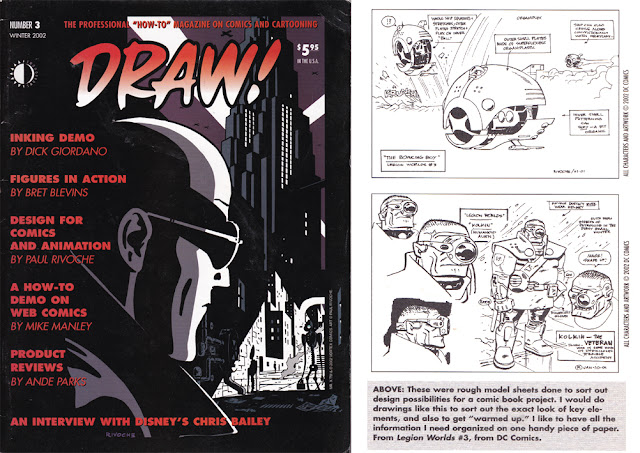 DRAW! 3 (2002)
Published by TwoMorrows, this quarterly magazine is described as the professional "How-To" magazine on cartooning and animation, each issue featuring in-depth interviews and step-by-step demonstrations from top comics professionals. It’s still going strong after 15 years, quite an achievement.
In its third issue, artist Paul Rivoche contributed an article on “designing and dreaming”, explaining how he visualized layouts.
One of the example he used was his conceptualization of the Bouncing Boy, the Legion's vessel from the threeboot (LEGION WORLDS #3). 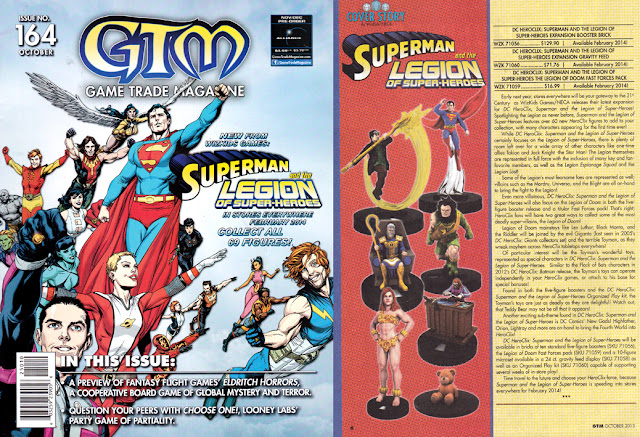 GTM 164 (2013)
The long-running GameTradeMagazine splashed the Legion on its cover to promote the Heroclix Superman and the Legion of Super-Heroes Series.
Unfortunately, the article itself only ran for half a page and the only depictions of figures shown for this set were of the non-Legionnaires.
But if you're a Legion completist, you know you'll want this item for the collection. 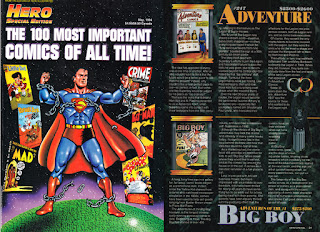 HERO SPECIAL EDITION (1994)
The concept wasn't bad: a book enumerating the 100 most important comics of all time (up till then, of course).
Such lists are always going to be subjective, but most of the usual suspects are there, including  ADVENTURE 247.
There are other nifty features in the book, such as a rundown of oddball comics, and a feature on charity comics and heroes “lending a hand”.
The big letdown is a section on the “doofiest” issues ever, compiled by the magazine's staff, some of whom clearly show their ignorance of comics history.
Among the entries is ADVENTURE COMICS 398, the lead story of which is presumed by the un-named writer to be an original tale,  and which is then slammed for its silliness. He's completely unaware this story, “The Maid of Doom”, starring Supergirl and the Legion of Super Pets, was a reprint of a story from the 60s, when most of the Weisinger run was equally as ludicrous and pretty much accepted as the norm at the time. 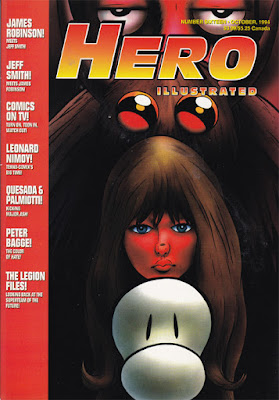 HERO ILLUSTRATED 16 (1994)
It's 1994, and there are two Legion groups out there … the original, and the Dominator batch of clones. (Although, as writer Tom Bierbaum has stated elsewhere, it had been his intent for the SW6 group to have been the originals, had his run continued …)
This issue does an exemplary job of providing a historical account of the group, showcasing the major conflicts, adventures and events up to the present, embellished with nice short little bios of almost every major member (Dragonmage is missing).
Interestingly, the timeline includes revelations from the Legion Sourcebook, such as Atmos, Crystal Kid, Storm Boy, Echo, Reflecto and others joining the Legion during the Black Dawn crisis.
There are good interviews with the likes of Tom McCraw, Jim Shooter, Keith Giffen, Tom Bierbaum and even Mark Waid (before he became the Legion's scripter).
And to round things off, there's a price guide for Legion books and Legion trading cards, for which there is also a short article. 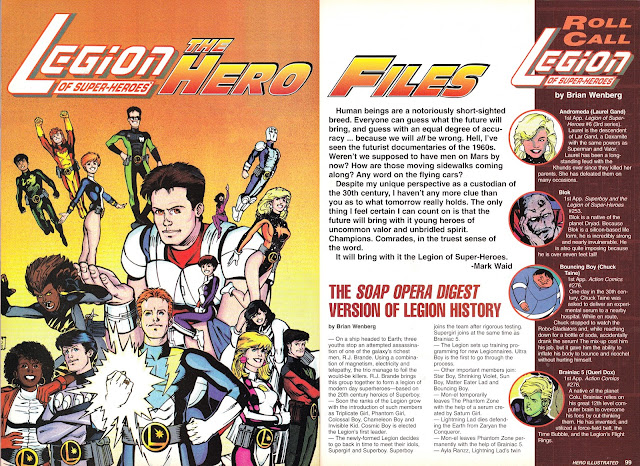 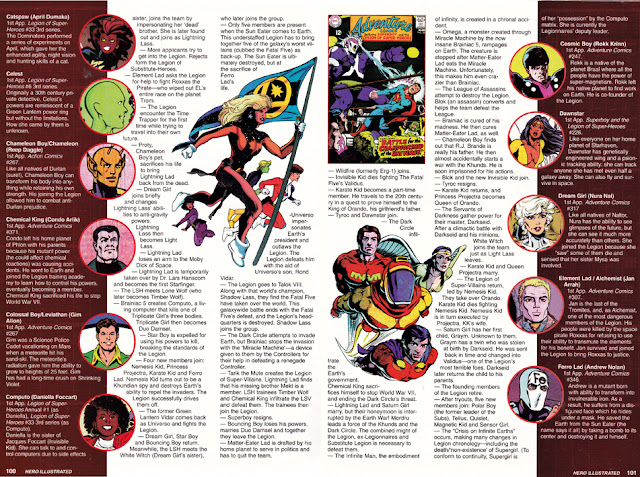 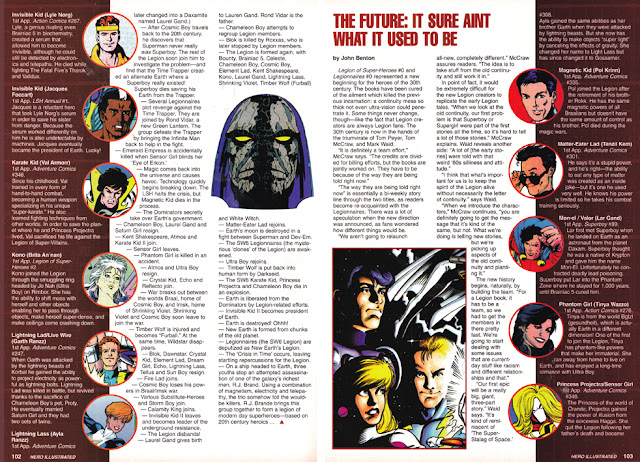 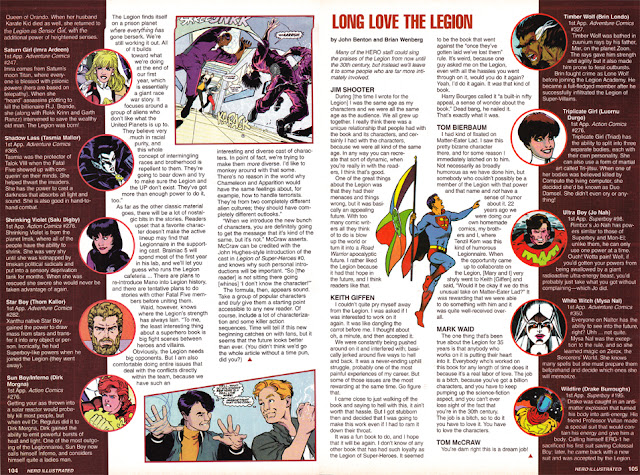